“To travel is to discover that everyone is wrong about other countries.” – Aldous Huxley

My family and I travel a lot. Since my brother and I are little, we've visited a few countries. I could tell you about my trip to Gran Canaria, egypt or other beautiful places, but I only write about my last or current trips, which impressed or influenced me the most. Everything I write is based on my own experiences and impressions. Let me know if you disagree with something I say.

Familytrip to Austria, Croatia and Slovenia 2022

My family and I (and yes I still go on vacation with my parents) went to Croatia by car. It took a while to get there, so we made a stop in Austria and stayed there 3 nights until we made our way to Croatia. To get there we drove through Slovenia and saw beautiful mountain landscapes and rivers, turquoise and crystal clear as ice cubes (and as cold brrrr) and some spots looked like peru with trees and trees and trees, as far you could see.

Last year my Family and I went to Israel. A vacay I like to  remember, because it's such a great place. We planned a kind of Roadtrip, which is why we rent a car immediately after our arrival and  went towards Haifa, our first stop. We were there for 3 days and stayed at a hotel.

After these days we went to the dead sea, which was my fav place in Israel. Our hotel there was awesome, 'cause it was on a hill and you had a great view over the whole sea. The water of the dead sea is famously salty, you had an very very oily skin feeling while swimming and you were able to lie down without going down, which was fascinating. Most areas where you can swim are turned into a swimming pool, which is very useful, 'cause you could take a shower right after swimming. When you don't do this you have a disgusting feeling on your skin, 'cause of the oily and salty water. At the other areas, where you can swim, without any lifeguards or so it's hard to get on the water, 'cause these are mostly on a cliff and you can't take a shower right after it, haha ;). Besides it was very horrifying when I noticed how much the water has gone down. My dad showed me a pic of how the dead sea looked like 20 years ago, when he had been there before. Apart from the dead sea is the landscape beautiful and looks similar to the Grand Canyon in the USA.

Next day we went towards Jerusalem. It was so much different than I expected. I thought the area of the center of the city would consists of a ton of sand and only the sights were present and visited. I don't know why I thought it would be like this, but this city was very big and every free part was built up with a hotel or something else. Not to mention the traffic - oh gosh. Our hotel was in the center of the city and the view from our hotel on the 16th floor was beautiful. Especially at night when all the lights were lighten up. Our meals consisted mostly of food we bought at the supermarket and ate in our hotel room or if we wanted to spend money we ate in a restaurant, where the food was fucking delicious if you like humus, pita bread and stuff and you got a free appetizer at the beginning, which I was actually already fed up with - I mean free tasty food, how awesome?! Besides the different religions were very present in the city. Jerusalem is split into a jewish, an arabic, a muslim and a christian part, which is why you see many extreme cultures at one place and you can often recognize them very easily, because of their outer appearance. I'm impressed and I think it's beautiful that so many people live out one's religion and it's traditions.

After these days in Jerusalem, we went to Tel Aviv, the capital city of Israel, where we stayed one week. Tel Aviv is very modern and a typical big city. Hotels at the beach, shopping malls and many many restaurants. In this city lives a good friend of my dad and we visited his family there. They told us it's normal that in one street are, for example, only hairdressers or only shops for electronics, so in every street are the same kind of shops..

So I'm a big fan of Tel Aviv and in general from Israel and I can recommend it to you, if you haven't already visited the country. 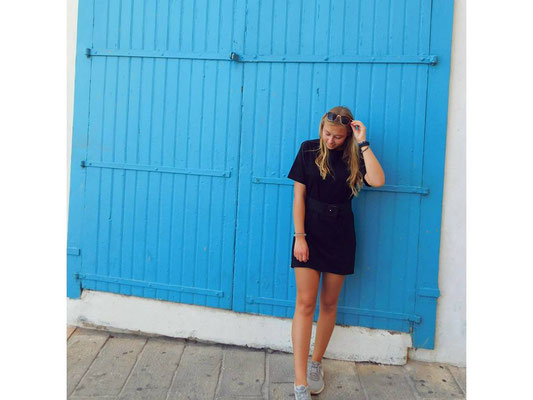 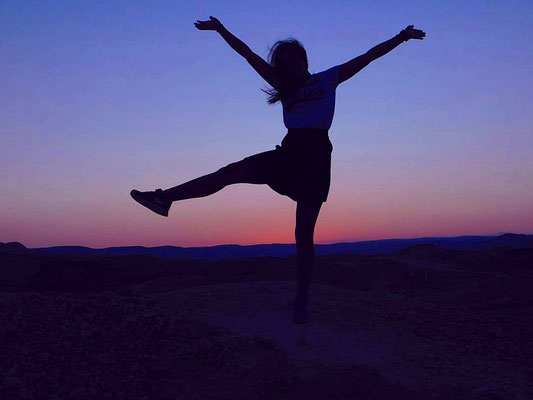 Last week I was in austria with my big big family (over 20 people). We stayed at a house, which we rent for 8 days. We wanted to go skiing, but the weather wasn't suitable for that, except for two days where the weather was okay. It almost snowed the whole time and the streets were closed, 'cause there was so much snow. Anyway it was beautiful and it was fun to build snowmans and something like that 😍.

Homecoming
This is an essay about homecoming in an american High School, which I've visited in 2019. The essay was a school project, which is why it's written in german. I wrote about the events around homecoming in Eau Claire, Wisconsin and the differences from homecoming in this school to how it's presented in films like High School Musical and other.
Homecoming Blog.pdf
Adobe Acrobat Document 1.4 MB
Download